The Passing of a Great Person in Our Family

Last night John got a call that his Uncle Matt passed away at the age of 94. Uncle Matt was a patent attorney for US Steel for many years in Pittsburgh, PA and when he retired he moved to Hilton Head, SC. He lived there for over 30 yrs. and then the last few years of his life he moved to Columbia, MD to an assisted living facility to be closer to some family members.

I remember meeting Uncle Matt 33 years ago at dinner at John's Mom and Dad's house. He loved life! Right away he gave me a big hug, told me how pretty I was and then turning to John and said hold on to this one don't let her get away! He then turned and winked at me! He always called me Doll or Babe, but not in an offense way. It was just Uncle Matt's way. He was also a very sharp dresser. His clothes were always the latest fashion and he always looked "dashing". Uncle Matt was a very religious man, he always went to Mass every Sunday and other holy days. He helped out at his local parish as much as he could.

My girls loved Uncle Matt! He would always include them in every social outing he was planning. We visited him many times when he lived on Hilton Head. Jenny especially remembers the McDermitt Family Reunion on Hilton Head when she brought her then boyfriend, Darius. Uncle Matt took Darius aside and told him what a great "gal" Jenny was and that he better treat her like a lady and respect her to the fullest!! That was just the kind of guy he was.

The last few years had been very hard for Uncle Matt. He had major heart surgery. Then he had to have a defribulator pacemaker put in. He seemed to be recoverying from that but he was exceptionally tired all the time. He was then diagnosed with Parkinson's. John called him around Thanksgiving and he really could only talk for about 8 minutes and he told John he was too tired and must go. We really knew this was a sign that Uncle Matt wouldn't be with us too much longer.

Uncle Matt you will be immensely missed! Love you!!
Posted by Sherri at 6:15 AM

Sherri
I live in Lake City, SC. I was married to John since 1979. Unfortunately he passed away unexpectedly on 11/27/19. I have 2 grown daughters, Megan and Jenny. I also have 2 cute grandboys, Owen and Jack, whom I love dearly. I love to garden, read, knit and make jewelry and soap. I try to live my life as green as I can because we only have 1 planet! 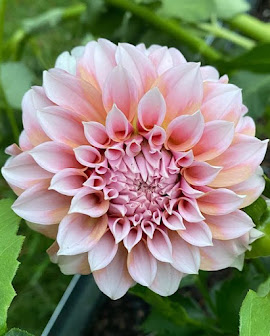 Butterfly on the Butterfly Bush 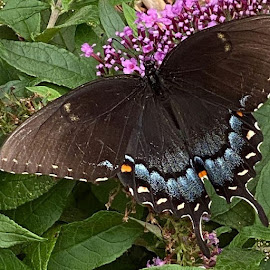 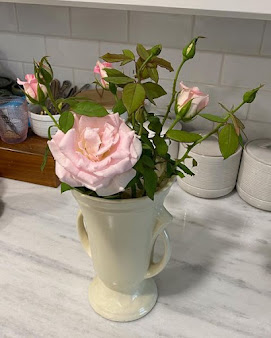 Roses from my Garden

I am currently reading I am listening to The Lincoln Highway by Amor Towles.

1. Tell All the Bees I Am Gone by Diana Gabaldon. 2. Caught by Harlan Coben. 3. Coral Cottage by Jan Moran. 4. Good Wife by Seraphina Nova Glass. 5. The Last Garden in England by Julia Kelly. 6. The Summer House by Jenny Hale 7. The Seed Keeper by Diane Wilson 8. Maiden of Ireland by Susan Wiggs 9. I Have Something to Tell You by Susan Lewis 10. Nantucket Affairs by Pamela Kelley 11. Nantucket Weddings by Pamela Kelley 12. Nantucket Threads by Pamela Kelley 13. Nantucket News by Pamela Kelley 14. The Secret in the Keys by Hope Holloway 15. Picture Pefect by Jodi Picoult 16. Book Woman of Troublesome Creek by Kim Michele Richardson. 17. Whistlin' Dixie in a Nor'easter by Lisa Patton. 18. A Week at the Shore by Barbara Delinsky. 19. Unsheltered by Barbara Kingsolver-I read 7/8ths of this book and couldn't finish it. Boring. 20. The Magnolia Palace by Fiona Davis 21. The Sculptress by VS Alexander 22. The Nantucket Hotel by Elin Hilderbrand 23. Who's Lying Now by Susan Lewis 24. Through My Eyes by Barbara Delinsky 25. It’s always the Husband by Michele Campbell 26. Under Gemini by Rosamunde Pilcher 27. Honey Roasted by Cleo Coyle 28. The Lions of Fifth Avenue by Fiona Davis 29. The Homewreckers by Mary Kay Andrews 30. Tea Shop Cozy Mysteries Book 1-6 by Katherine Hayton. 31. The Bookwoman's Daughter by Kim Michele Richardson. 32. Before I Met You by Lisa Jewell. 33. Haven Point by Virginia Hume 34. The Girls in the Stilt House by Kelly Mustian 35. The Kingdoms of Savannah by George Dawes Green. 36. Yankee Doodle Dixie by Lisa Patton. 37. The Widow by KL Slater. 38. The Woman in the Green Dress by Tea Cooper. 39. Beach Lane by Sherryl Woods 40. The Getaway by Ross Armstrong 41. A Spool of Blue Thread by Anne Tyler 42. Murder in Galway by Carlene O'Connor 43. The Outsider by Barbara Delinsky 44. Southern Lights by Danielle Steele 45. The Couple at Causeway Cottage by Diane Jeffrey 46. The Lost Daughter by Gill Paul 47. Those Who Lie by Diane Jeffrey 48. The Rose Garden by Tracy Rees 49. We Were Never Here by Andrea Bartz 50. The Paris Apartment by Lucy Foley 51. The Rose Garden by Tracy Rees